I've been pondering how to deal with Banned Books Week for 2011.  Last year I wrote a standard blog post about how shortsighted it is to ban books, etc.  While this remains true, I seriously doubt that any book banners read my post, saw the light, and suddenly became champions of freedom of reading choice.

To generate some blog buzz, I even gave away a Richard Dawkins book to promote the cause.  See the end of this post for this year's giveaway: The God Delusion, also by Richard Dawkins...and read to get there, don't skip ahead!

Nope, what happened last year was that my little post on my little blog was read by the handful of lefty, progressive and/or Ultrarunning folks who stop by at Mister Tristan (the blog, not the 3-year-old human being) to read what I write.  There was probably some head nodding in agreement, some folks entered my free book contest, and that was that.

This year I'm trying to figure out, as all incipient activists do, how to write something new on this topic that will matter, about the shortsightedness of banning books?

Fact is, I probably can't write something new.  If you're the type who sees goodness in banning certain "inappropriate" books for everyone and can't/won't trust people to make their own informed choices--well, chances are that you're never going to change.  If, on the other hand, you get the need for freedom to read what you wish, then you'll simply agree with this post.

Even if it's extremely unlikely that I will make a difference, that's no reason not to try.  I believe in freedom of personal choice and I believe in the freedom of expression.  So let's go slay us some dragons!  I'm smitten with the thoughtful words from the National Council of Teachers of English Guideline on The Students' Right to Read:

The right to read, like all rights guaranteed or implied within our constitutional tradition, can be used wisely or foolishly. In many ways, education is an effort to improve the quality of choices open to all students. But to deny the freedom of choice in fear that it may be unwisely used is to destroy the freedom itself. For this reason, we respect the right of individuals to be selective in their own reading. But for the same reason, we oppose efforts of individuals or groups to limit the freedom of choice of others or to impose their own standards or tastes upon the community at large. 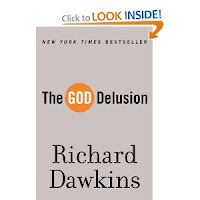 OK, still with me?  Or did you skip down here?  At any rate, this year's giveaway is also by Richard Dawkins: The God Delusion (image credit Amazon).  Whether you are a religious person or an atheist, you would benefit from reading this book as it examines with a critical eye the conundrums and bad effects (as alleged by Dawkins) that result from belief in God.


I am not aware of this book being on any banned or challenged lists, but it certainly fits into that genre of being controversial.

In a few sentences, just tell me why you deserve this book.  My decision is final (and probably somewhat arbitrary). Oh, and it's not new--it's my paperback copy and I read it once.  But it is in excellent condition.
Email to MisterTristanBlog@gmail.com

Posted by Gary...a relative of Mister Tristan at 8:39 AM 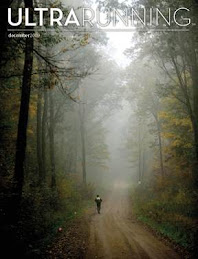